Slash burst on to the scene in the late '80s as part of Guns 'n'Roses, heralded by many to be the saviours of the Hard Rock genre in a sea of Grunge. There followed some years fronting Slash's Snakepit, Velvet Revolver and numerous sessions to the stage he's at now, a bona fide guitar hero whose tools of the trade include a Les Paul Standard, a stack of Marshalls and a Peterson AutoStrobe.

Slash says: "Sometimes we tune down a half step for vocals. For some singers (especially rock & roll singers), it's easier [for them] to reach the notes. Sometimes it makes the tension on the string and drum heads a little bit looser. Mostly bands tune down to sound heavier. The lower the lowest note (within reason), the heavier, e.g. Black Sabbath, Soundgarden, Metallica". 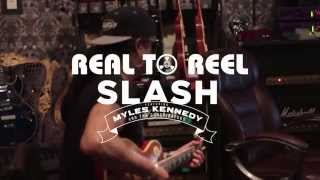 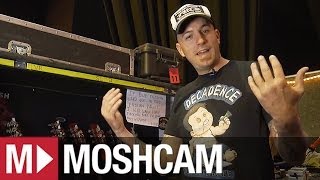