What can be said about Eddie van Halen that hasn't already been written a thousand times over? Maybe his commitment to excellence and innovation from the very start of his career, his attention to the tiniest details of his instrument and the nuances of his inimitable style, often copied but never quite equalled.

From his heyday onwards, EVH paid very close attention to tuning, often pitching entire songs "between the cracks" of the tuning norm. He warmed up using a Peterson to tune backstage, usually Peterson 420 & 520 models. Using the vernier dial on his Peterson, he could precisely narrow in on pitches which were one quarter or an eighth of a tone higher or lower than the commonly accepted standard.

One thing EVH understood very well, which the majority of guitar players still tend to have difficulty grasping, was the concept of Sweetened Tuning. On high gain settings, an Equally tempered major or minor third interval within a chord sounds dreadful because tuned "normally", major thirds are 13.7 cents too sharp and minor thirds are 15.6 cents too flat! YES, even on YOUR guitar!

So bad is the problem that most hard rock guitarists before EVH would stick to fourth & fifth etc. intervals and avoid thirds wherever possible. EVH did not want to sacrifice the sound of a third in his chords, so he tuned to Perfect thirds to suit whatever song in whatever key.

In an interview in 1979, Eddie said, "Each string is an interval of fourths, and then the B string is off. Theoretically, it’s not right. Like if you tune an open-E chord in the first position and it’s perfectly in tune, and then you hit a barre chord an octave higher, it’s out of tune. The B string is always a mother to keep in tune all the time! So I have to retune for certain songs. And when I use the Floyd onstage, I have to unclamp it and do it real quick. But with a standard-vibrato guitar, I can tune it while I’m playing." This added a certain harmonic quality (among other things) to his playing which was, and still is, very distinctive.

Such a method is only possible if you keep in mind that this Perfect Third will come back to bite you if you fail to retune it or bend it back up into tune when that string's function changes from producing a third to producing a fourth, fifth, seventh or unison. Back in the day, no other tuner besides the Peterson had a vernier control or cent dial, most still don't, which made it a logical choice for a musical and technical genius like Mr. Van Halen who understood the importance of intonation and set-up as well as tuning.

Some of us at Peterson remember Eddie's visits to our booth at the NAMM show in the early 1980s. To this day, when Eddie plays on stage, there's a Peterson in the vicinity. 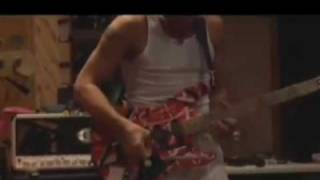 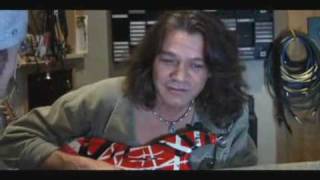