Eddie Garcia is quickly becoming one of Los Angeles's new premier up and coming rising guitarist! On February 27th Garcia's duo "Plastic Culture" first single 'Power of Love' aired on ALT98.7FM Los Angeles making this his music's first debut on mainstream radio. Then again in Los Angeles on April 2nd, 2021. IHeartRadio Stations DC101 "Washington" and San Francisco's Classic Rock Station "97.7 The River" followed soon after. Eddie Garcia's musical duo has also been featured on Spectrum News One Los Angeles as well. March 20th, 2021 his duo was featured in the Get Together Foundation's 'All Together Now Los Angeles 2 Telethon' raising money for those struggling financially because of the Covid 19 pandemic. Garcia's duo 'Plastic Culture' was televised along side musical legends and actors such as Paul Stanley 'Kiss', Jack Black, Harry Shearer, David Arquette, Nancy Wilson 'Heart', Carnie Wilson 'Wilson Phillips', Bootsy Collins, and Paul Rodgers 'Bad Company' to name a few. Being a multi-instrumentalist Garcia's many talents can be heard on varies tracks in the Plastic Culture catalog. Eddie Garcia's duo is now under MS Management. The future is looking bright for Eddie Garcia's group "Plastic Culture" and with a tour lined up and festival dates for 2022, he is poised along side his group to sit on top as one of the new rising stars of this decade and beyond. 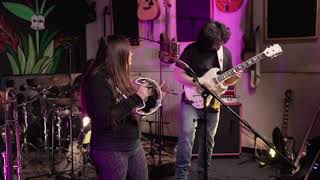