According to Bass Player Magazine, "Steve Bailey is to the 6 string fretless bass what Christopher Columbus was to America".

Through the 80's and 90's Steve could be heard on a variety of recordings, from movie soundtracks to TV commercials. He toured and recorded with a variety of Artists, playing Jazz, Rock, Country, New Age,... whatever! All of these divergent elements can be heard in his unique solo style.

Teaming up with Victor Wooten (probably the most influential bassist of the decade) in 1993, they formed Bass Extremes, a cutting edge Bass-Duo that has released critically acclaimed cd's and dvd's for the last 14 years.

Victor Wooten says it best on the cd cover... "So Low...........Solo, the new CD from Steve Bailey, is finally here. The sound he produces from his six string fretless bass is so beautiful and unique that I have been asking him (pressuring him to be exact) to record this music for years. Your ear will tell you that there is no way he could have produced all of this music with one bass and no overdubs (I know that he did,) but the smile of your soul will tell you that it doesn't matter." 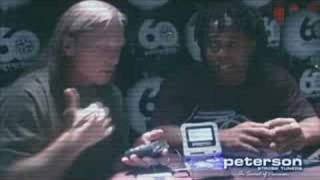 Steve Bailey and Victor Wooten with the Peterson Body Beat 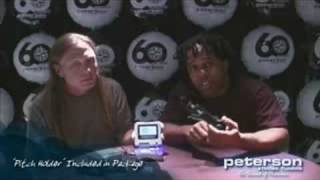