Born in San Francisco, bassist Bobby Vega has significantly contributed to the city’s rich musical heritage, and his resumé reads like a who’s who of Bay Area rock, soul, funk, and world music. He’s a master of pick style funk, a tone connoisseur, a professor of the groove, and one of the funniest people you’ll ever meet.

Bobby began his professional career at age 15 with Bo Diddley, but he attained widespread attention as a 16-year-old for his distinctive picked and muted bass line on Sly Stone’s “I Get High On You” (from Sly’s 1975 album High On You). Since then, he has contributed his soulful feel and incredibly dynamic playing to a long list of world-class artists, including:

Bobby filled in when legendary Tower of Power bass player Francis “Rocco” Prestia had to take some extended leave. Bobby’s resume is so impressive it puts him not only on stage with the greats but after over four decades it has made him a legend as well. Bobby was added to Bass Player Magazine’s Top 100 Bassists of all time in 2017. He made the cover of Bass Player Magazine in 2016. Bobby wrote a column for Bass Player from 2014 to 2016 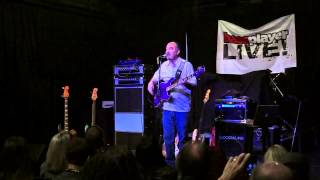