Ron Jackson is a New York jazz guitarist, composer, arranger, producer, recording artist, and instructor. Ron has performed and recorded in over 20 countries as a bandleader and ensemble performer, and is well established in the international and New York jazz scene. Ron's style of guitar playing and compositions is a blend of jazz, and other American styles such as soul, rhythm and blues, pop as well as Caribbean and Latin that is influenced by his roots of the Philippines. Ron is experienced in many musical idioms and brings it all together in his unique approach to playing jazz guitar.

Ron is considered one of the most versatile jazz guitarists in the New York music scene and is adept in styles such as African, Rock, R+B, Brazilian, Pop, Country, Calypso, Reggae, Soul and Funk, Classical, but his greatest passion is in jazz. Ron has 5 jazz guitar instrumental CDs as a leader, “A Guitar Thing” and “Thinking of You” on Muse Records, “Song For Luis” - a duo with Rufus Reid on Mastermix Records, “Concrete Jungle” is co-led with bassist Nicki Parrott on Airmen Records and “The Dream I Had” is on Roni Music.

Flubby Dubby is recorded live and features Ron’s soul-jazz originals and his arrangements of popular tunes. It is reminiscent of the funky JB horns like saxophonist Maceo Parker and groups like Soul Live.

Ron has new CD coming out soon on his Roni Music Label of all acoustic guitar,”Akoustik Adventures”.

Ron is an experienced jazz educator and guitar instructor. He is currently a faculty member at the of The New Jersey Performing Arts Center, Wells Fargo Jazz For Teens Program and The Brooklyn Conservatory Professional Division.

He has been on the faculty of Music Outreach, St. Albans Congregational Church Music Program, Jazz at Lincoln Center-Jazz in the Schools and The New York Pops Create A Symphony Program.

He has taught and lectured at And the Prins Claus Conservatoire, “New Comes to Groningen” jazz program in Groningen in The Netherlands Duke University, The National Summer Guitar Workshop Jazz Summit, The New School, New York University, at Jazzmobile, as well as in clinics in France, Escuela Creativa Musica, Madrid Spain, The United Kingdom, Australia and Portugal.

Ron is also available as a private instructor, for jazz and pop composition, jazz and many other styles of guitar. Ron can accept students in his studio in Brooklyn,New York, at your home or for online lessons.

Ron is also very active on the Broadway and studio scene in New York, having performed in the pit orchestras of Broadway and Off-Broadway shows as “Bring in Da Noise, Bring in Da Funk”, “The Life,” “Rent,”Will Rodgers Follies” “Saturday Night Fever”,”Jacques Brel is Alive and Well and Living in Paris”, “Kat and the Kings”, “Fosse, Harlem Song”, “Imaginary Friends”, and “Avenue Q” to name a few.

Ron has also written, filmed and recorded music for pop artists such as, Turkish vocalist Sinem Sinaye, vocalist Gisele Jackson, rock group Umbrella and Japanese vocalist Seako Haguchi and jazz artists Rufus Reid and Hal Singer. His has also contributed his talents to the recordings of scores of such films as “Fly By Night” and “Vulgar.” 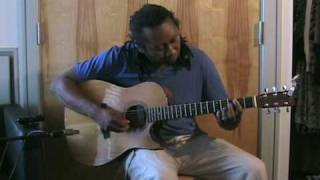 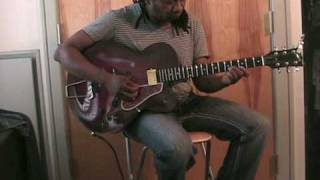 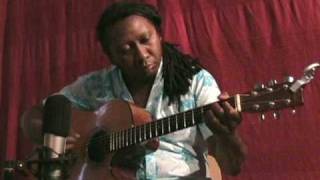 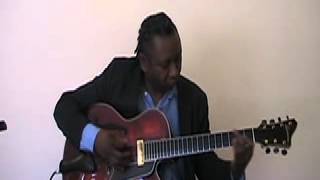