Dave Murray has played guitar with Iron Maiden, a paragon of the New Wave Of British Heavy Metal since 1976. Hits like "Run to the Hills" and "Number of the Beast" have made them firm favorites with Metal fans worldwide. The band is also unique for owning a Boeing 747 flown by lead singer Bruce Dickinson which they use to move band, personnel and equipment on their tours around the world. Dave Murray plays Fender and Gibson guitars, and even owns one of the late Free guitarist Paul Kossoff's Gibson Les Paul guitars. His guitar tech, Colin Price, trusts Peterson with the nightly tuning of Dave's guitars. Tuning accuracy and stability is crucial in a band like Iron Maiden where there are three lead guitarists who regularly solo together in harmony. Needless to say, all three are tuned using a Peterson! 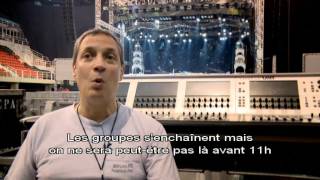 Iron Maiden Behind The Beast