As a young working musician in London, England in the 1970s, Laurence Juber got an extraordinary, life-changing break when Paul McCartney picked him to become Wings’ lead guitarist. Juber spent three years recording and touring with the band. During that time he won a Best Rock Instrumental GRAMMY® for the track "Rockestra" from the Wings album Back To The Egg.

After Wings disbanded in 1981, Juber embarked on a career as a solo artist, composer and arranger, and soon developed a reputation as a world-class guitar virtuoso, being voted #1 by Fingerstyle Guitar magazine. He has released 13 critically acclaimed solo albums, including "LJ Plays the Beatles", "Guitarist" and "One Wing".

"I've Got The World On 6 Strings", is a collection of solo guitar arrangements of tunes by Harold Arlen, composer of 'Over The Rainbow', and 'Stormy Weather' among many other classics:

His new CD "PCH" is now available. With its title tune inspired by a drive down Southern California’s Pacific Coast Highway, the sessions took place at the historic Capitol Records tower in Hollywood and were recorded by multi-grammy winning engineer Jimmy Hoyson. LJ had some legendary company: on bass guitar was Leland Sklar, the king of all subsonic with his old band-mate from James Taylors’ halcyon days, Russ Kunkel, at the drum kit. Studio legend Jim Cox presided over the keyboards. 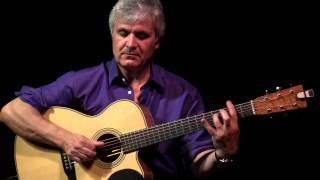 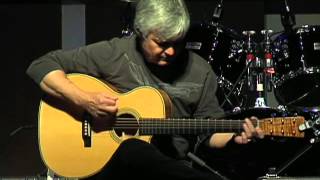 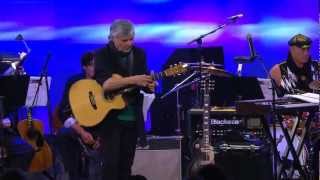 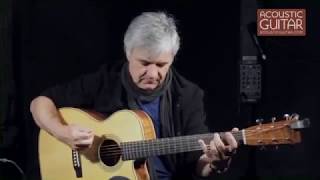